Bullying, mental health and being your best self.

"I prayed the bullying would stop!"

Too much talk is never enough!

This Is My Brave Australia Inc. brings you this special fundraiser screening of Suicide - The Ripple Effect on Wednesday the 11th of April at 6:30pm at Dendy Cinemas Canberra, ACT! At age 19, Kevin Hines attempted to take his life by jumping from the Golden Gate Bridge. Seventeen years later, he still struggles with many of the same symptoms that led him to attempt to take his life, but he is on a mission to use his story to help others stay alive. Kevin has also been one of 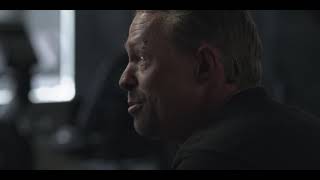 Clinton has been a regular face in the VAHS gym since the day his counsellor Raelene Lesniowska introduced him to the space. His consistent use of the gym along with the VAHS Family Counselling Service helped him through what he calls the darkest time in his life. Clinton’s experience of utilising the gym in conjunction with the counselling support offered by VAHS throughout his healing journey is similar to many others that utilise the service. It has opened a network of Com

For the first time TIMBA will be holding an Art Show as part of our sponsorship of the Humanity Renewal Program @ RENEW FEST 2018. We understand that people have different ways to express themselves so we are offering the chance to all artists in the Far North Coast NSW and surrounding areas to submit their art based on the theme of RECOVERY to: www.thisismybraveaustralia/shows Pieces should be no bigger than 1000mm x 1200mm and come with its own stand for display. The arti